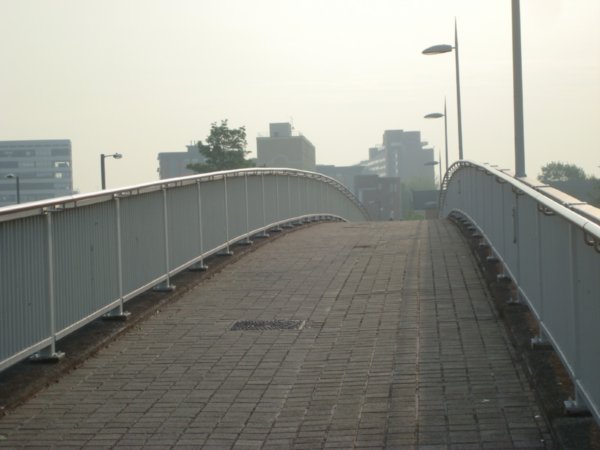 I celebrate yet another birthday next week and, barring any last minute misfortune, I’ll turn forty nine years of age. I am the fiercely proud father of three young daughters and, as the clock ticks on, I’m careful, usually, in what I say to them and how far I go for them. It is they, more than likely, who’ll decide what nursing home I end up in and, just as importantly, where my collection of discs, vinyl and downloads goes when I’m no longer able to care for it.

Several folk have asked, over the years, if myself and my wife regret not having sons or if we miss the joys of having to deal with young boys around the house. But in the unbowed spirit of Simon Carmody before me, I absolutely revel in a house of girls and I wouldn’t want it any other way, ever. Even if, as has long proven to be the case, girls wreck your head while boys wreck your house and pulverize your fridge.

They love music, all three, and this gives me no end of added hope for them and about how they might turn out. They’re at an age now, just turning 13, 11 and 8, when they enjoy, to varying degrees, pure, unfiltered pop music for the gift it often is – a genuine treat – without prejudice or cynicism, exactly like I did myself decades ago. My own mother set the tone in our house as we grew up in the middle of Cork city in the 1970s and, while we often had little else, she fostered in us a real love of and respect for all manner of music. Wittingly or otherwise, that deference is now being handed on down the family line: more and more often, when it comes to putting the lights out at bed-time and switching their devices off, I’m being asked for extra time. For just one more song.

I routinely hear another familiar chorus too: my daughters think their parents, and their father, especially, suffer an appalling lack of judgement and taste, particularly in the not insignificant matter of how we sound-track our lives. There’s an odd moment here and there, of course, when, out of the blue, an old chorus or a quirky lyric will fleetingly make an impression in the back of the car and a kooky fusion happens. We had this once with ‘Black Cow’, from Steely Dan’s remarkable ‘Aja’ album. For no other reason, I suspect, than the idea of being asked to take a big black cow somewhere resonated with a six year old already spellbound by the soft conjury of ‘The Gruffalo’, ‘Tiddler’ and ‘Stick Man’. These are indeed the kind of bizarre moments that, as a parent, I’ll be re-cycling in broader company for as long as I can and that will bedrock any future wedding speeches I may make.

When it comes to their own music, they don’t always know what they like but they certainly know what they don’t and, as they get older and gobbier, the breadth of what they’re listening to has increased no end. And so whenever I remind them – it’s what we used to call ‘The Civics curriculum’ – how important Paddy McAloon or Trashcan Sinatras are [‘they sure are trash’, said one of them], they’ll counter with a strong case for Harry Styles or Olly Murs or Little Mix or even, God bless them, Hometown. This sort of carry-on has its uses.

At a big family do down the country last weekend, Ariana Grande helped to break the ice during those first, awkward moments whenever the kids from the city found themselves at close quarters with their cousins and their cousins’ many, many other cousins, almost all of them attached to some personal device or other but all of them sussed and mad for music and performing. Some of the usual number were marked absent, away in Dublin for the weekend with older siblings or friends to catch Ariana’s live show down in the docklands but, even at such a remove in South Tipperary, their movements were being regularly monitored and tracked in real-time.

Although my own daughters certainly wouldn’t rate Ariana as highly as they might do Louis, Niall or Harry [‘she’s interesting’, ‘she has a good range’ and so on] her name and her music helped them, last weekend, to level the field, mark the territory and keep the conversation going between townies, reformed townies, died-in-the-wool country kids and my own crew who, on any given day, aspire to being like all and indeed none of the above. The chat and the bull endured well into the small hours.

But that’s the power of pop music, doing what it’s long done: opening the floor and joining the dots. As the music writer and critic Dorian Lynskey wrote on his blog yesterday about young girls and the live concert experience, they don’t tend to just celebrate music ‘but also youth, friendship, the ineffable glee of the moment, life at it’s most unquenchable’. Which, from where I’m stood, is no bad thing.

We’ve had far different conversations about Ariana Grande over the last day or so and my daughters have helped me to put a small bit of flesh on what I had down, wrongly, as a crudely formed, pop star stereotype. Yesterday evening, I tried to explain to them, although far less successfully, why Saffie Rose Roussos was in the news and how an eight year-old little girl who’d gone to see Ariana perform live in Manchester the previous night, wouldn’t be going home again. But when we struggle so badly ourselves to make head or tail of the origins and the consequences of global terrorism, what else can we contribute to the table except hard clichés and an over-coat of the obvious ?

At some point soon, I’ll honour one of my many promises to my three girls and take them to their first real pop concert. The older two saw One Direction at Croke Park some years back but they’re clued-in enough to know there’s something far more intense waiting for them on the next level, down around the edges where its much more intimate, personal and probably cool too. Their cousins’ cousins, with their trendy gear and social media accounts consistently to hand, make sure they know all about the extent of that sorcery.

And it’s no different in principle – just maybe more sophisticated and clinically marketed, perhaps ? – than it was back in the early 1980s when my father blagged me in through a side door at the City Hall in Cork to see my own first ever live concert, a helium-filled show by a fledgling Depeche Mode. Or that night, maybe twenty years later when, back home for Christmas, I smuggled my youngest brother into The Savoy on Patrick Street [where in 1984, I’d fetched up in an over-sized crombie for The Smiths] to see The Divine Comedy.

Up the stairs and over the manky carpet, in through the venue doors, warning him to stay wide and to have his story straight in the event of capture, watching him suck it all in, still practically uncorrupted, for the first time. Others may argue, yes, but I genuinely think that these sort of experiences have stood us well. Because without that love of music, and without that love of sport, who and what are we?

I’ve been fortunate enough to have attended many live shows in Manchester over the years, both in the giant-sized Arena itself and in some of the city’s many excellent smaller venues that circle it. With one of my best friends living with his own family of music-loving girls in Salford, the news that broke late on Tuesday night carried an added significance, as it will have done for the many Irish music fans who have routinely made the return trip to that terrific city over the years.

Live music, live pop music especially, is nothing when it isn’t giddy, loud and delirious. At its most endearing and important it absolutely defines the moment, any moment, regularly undistilled and often manifest in the high-octane, skittish and sometimes demented reactions at live concerts. An experience which can also, of course, be a dangerous, unwelcoming and intimidating one for young women, and not simply because of the atrocity in Manchester earlier this week.

But as my friend Anne McCoy – who I first met through attending live shows in Dublin – posted in the wake of Tuesday night’s suicide bombing, ‘all the dead and injured weren’t in the wrong place at the wrong time. They were in the right place at the right time because they came to share the magic and joy of music’.

So when, over the coming years, my own daughters take their first, urgent steps into the heart of live music, they’ll do so with my full blessing and encouragement – and no little trepidation and fear either– because, as a parent, to do otherwise, just isn’t an option. And never has been.