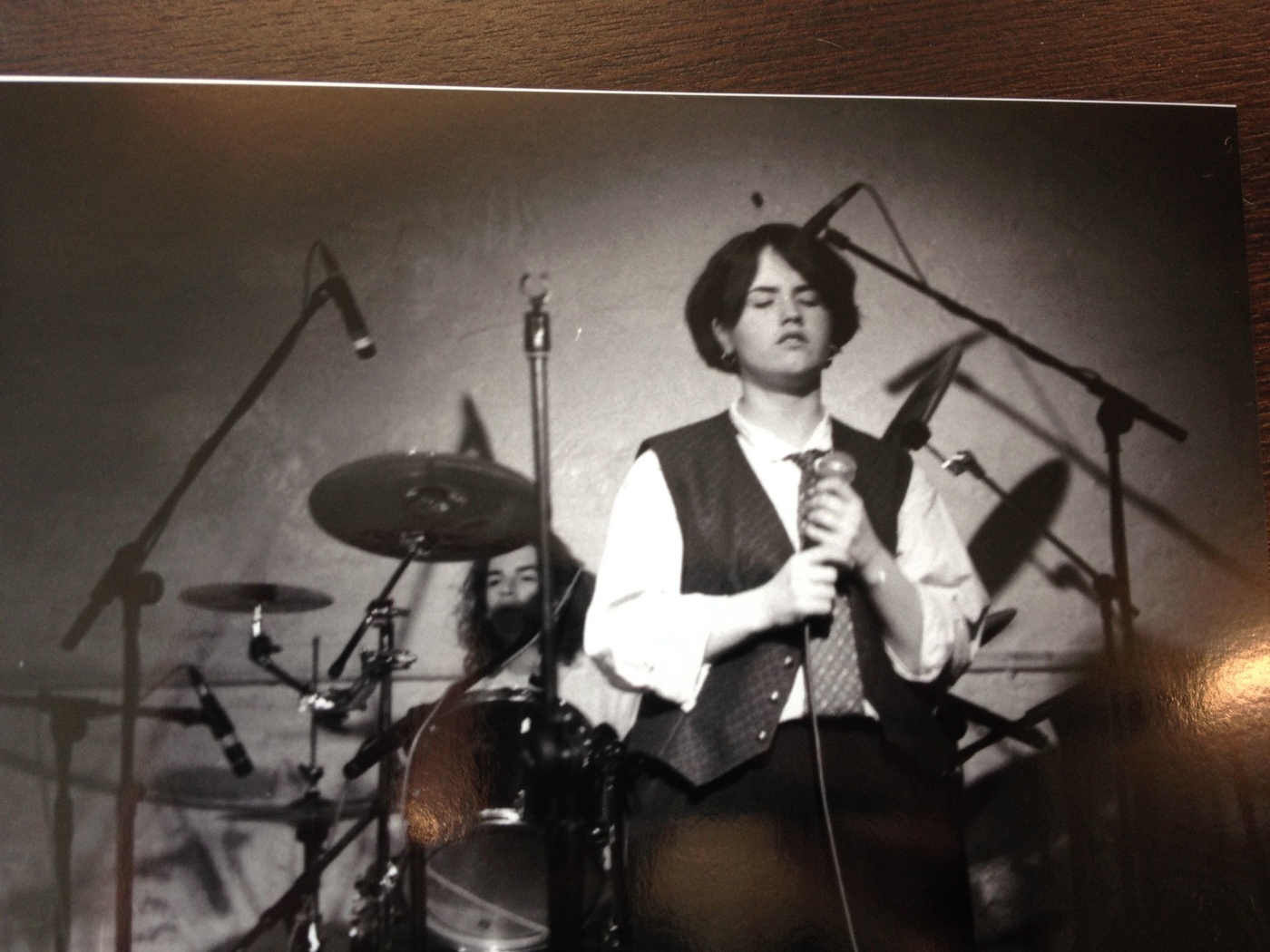 Strange as it sounds now but there was a time when The Cranberries were easily the most remarkable young band in Ireland having emerged, quite literally, from out of nowhere. Theirs is of course a well-worn and hoary old story, albeit one pock-marked with crudely-formed testimonials and urban myths. This is something I’ll return to in a future post.

One of the early driving forces behind the band was, I think, Pearse Gilmore who, among other things, fronted his own group, Private World, and also ran Xeric, a studio and rehearsal complex located on Edward Street in Limerick city. A curious sampler album, ‘The Reindeer Age’, released in early 1990, showcased a mixed bag of Limerick bands, all of them captured on tape in Xeric by Gilmore. The likes of They Do It With Mirrors, Tuesday Blue, Toucandance, The Hitchers and Private World themselves were notables among the large cast. Something was clearly afoot.

The Cranberries didn’t feature on ‘The Reindeer Age’ and yet, within six months, had over-taken their peers on every level. I was on a watching brief at this time: apart from over-enthusing about them in a variety of different outlets, I was also scouting them for Setanta Records. Our attention had been drawn the previous year to a slipshod demo that featured an early version of ‘Linger’ and that had been circulated under the name The Cranberry Saw Us.  Indeed there was a point when Keith Cullen at Setanta felt he’d finally snared them. In the end, after a year-long harry-and-chase, the band signed with Island Records instead.

Myself and another young writer, Jim Carroll, reviewed them frequently and with no little zest around this time, often travelling together to shows in Limerick. The fact that The Cranberries were from outside of Dublin – well protected from the scene that celebrated itself – only made them more alluring. By the summer of 1991, a handful of emerging bands based in Ireland’s regions were cutting ferocious shapes, and the  strength of that scene was reflected in the line-up at that year’s Cork Rock event in Sir Henry’s, which featured The Frank And Walters, The Sultans of Ping, Therapy, Toasted Heretic and The I.R.S. among others. It was The Cranberries, who also played, who went on to dominate them all.

I first met them for an early Hot Press interview one warm Saturday afternoon in Limerick and I couldn’t get over how naïve they were. They told me that they had very few, if any influences, didn’t listen to many  bands or records and that their songs ‘just came out’. Noel Hogan was gilding the lily, without question, but Dolores was genuinely clueless.

Live they were fragile and very, very basic: Gilmore had given them a stylish spit-and-polish in studio, something they struggled to replicate on-stage. Noel and Mike were mastering their instruments [guitar and bass respectively] and the drummer, Fergal Lawlor, was the band’s pivot. But even then it was Dolores who dominated. In a flicked page-boy cut, standard indie duds and fresh Doc Marten boots, she cut a familiar but magnetic presence: after gigs she’d routinely change into a multi-coloured tracksuit and couldn’t really give a flying one.

This review, for Melody Maker magazine, is an earnest and awkward attempt to capture the band’s charm and their incredible promise, while alluding also to their gormlessness. I was struggling with my writing as manfully as The Cranberries were struggling with their instruments, resorting to An Emotional Fish for my sign-off.

The show in question took place in the confined spaces of the College Bar in University College Cork in October, 1991, to a small but very keen audience. Pearse Gilmore – a tall, lean and most distinctive man – was very prominent around the venue on the night, and especially around the sound-desk. The venue was a well-known sound-trap and quality audio there was often a difficult ask. Not that it mattered.

The Cranberries, in their own mild way, blew the place asunder.

This review appeared originally in Melody Maker magazine on October 19th, 1991. I’ve made some minor edits to the original copy.

The Cranberries are probably too tender for all of this but, right now, they have all of our hopes to weigh them down. They’re charming little innocents, so untouched, so perfect, so astoundingly pure. They’ve come from a city that isn’t Dublin, from a county where politics are conservative and where Gaelic games and rugby offer some small social hope. They think small, embarrassed by what they’ve suddenly become. By what we’ve painted them up to be.

To singer Dolores, pop songs have no truck with video and make-up, nothing to do with fanciful clothes. She’s stopped reading her band’s press because she doesn’t need us to tell her who she is. And when she stands still, saying little, in place like this, it’s because she’s unsure about all of the fuss. The Cranberries, understand, are charmingly naïve: its their single greatest attribute. They have no idea how good they are, of how important they might yet become.

The Cranberries had never heard of The Sundays or The Throwing Muses nine months ago – their songs just happened, ‘they just came out’, and we believe that. They’re too frail to be contrived. And while lines like ‘I was just 16 years old when I married you, and now its just a stupid mess, I don’t know what to do’ seem trite, then you should understand that Dolores is eighteen years old and coming from what is essentially a very narrow rural tradition. And she writes nothing like The Saw Doctors.

Tonight is all very full: lots of songs, gorgeous songs. ‘Put Me Down’ with its spine-shrill, jangle-and-hum, ‘Linger’ with its spellbound simplicity, ‘Dreams’ with its curious drum thud. Dolores even plays some acoustic guitar but it just looks all wrong, all too cumbersome for her. It still sounds very fine, of course, and ‘Reason’ and ‘Pathetic Senses’ become the huge, simmering pop songs that Johnny Marr, for instance, would collect and play. ‘Liar’ owes to Pixies’ ‘Is She Weird’ but we’re not here to look for clues.

We’re here to love a band wholly. To hug and kiss. Beauty does what beauty does best. Be beautiful.

6 thoughts on “THE CRANBERRIES: THE FIRST REVIEW”